Catholic Charities is well into the beginning stages of implementing its mentoring program (April 2018) and final stages of planning for the opening of the social enterprise (September 2018).

Of course, all of the co-workers in the social enterprise will automatically be mentees in the mentoring program.

We are in need of 40 folks who may be interested in an intense volunteer activity to lift individuals out of poverty. The program promises to benefit the personal spiritual development of the mentors as well as the economic stability of mentee/co-workers. Mentoring matches will begin in early April and be made on a quarterly (or so) basis in July, October, etc. through 2020. We will also offer mentoring opportunities to married couples!

If you are hopeful, empathetic, hardworking and desiring personal growth, this program is for you.

There have been several questions regarding influenza season and any actions that need to be taken regarding the potential for spreading the disease at Mass. After consultation with the Vanderburgh County Health Department, we would like to share the following recommendations. Please share these with your people through your bulletins, social, media, etc.

What are the symptoms of influenza? Symptoms usually include:

Symptoms usually start about 1-4 days after being exposed and can last 2-7 days.

Please do not come to church or public places if you have symptoms of the flu. If you are concerned about contracting the flu because of chronic illness, elderly or very young, please do not drink from the chalice or participate in the sign of peace to help prevent the spread of influenza.

At your parish, please continue to remember all of the sick in prayer. One suggestion would be to celebrate a Mass for the Sick (Roman Missal, Masses and Prayers for Various Needs and Occasions, III. For Various Occasions, 45. For the Sick) on an appropriate weekday. Thank you for your attention and concern in these matters.

Centers for Disease Control and Prevention 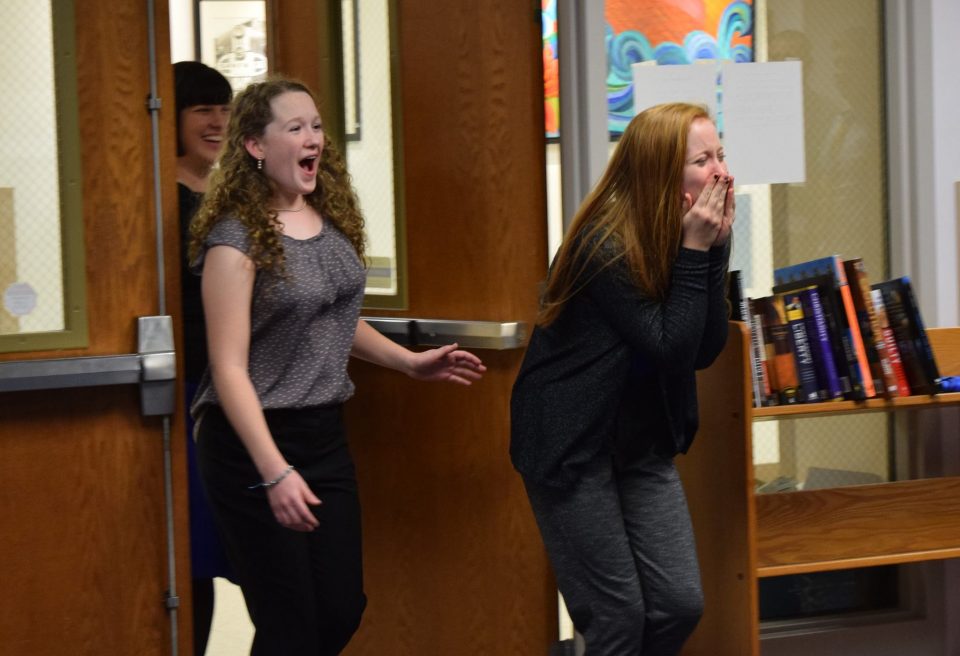 A big congratulations to Alena Coleman and Maria Sermersheim! Both were surprised by the big news Tuesday afternoon – December 12, 2017. 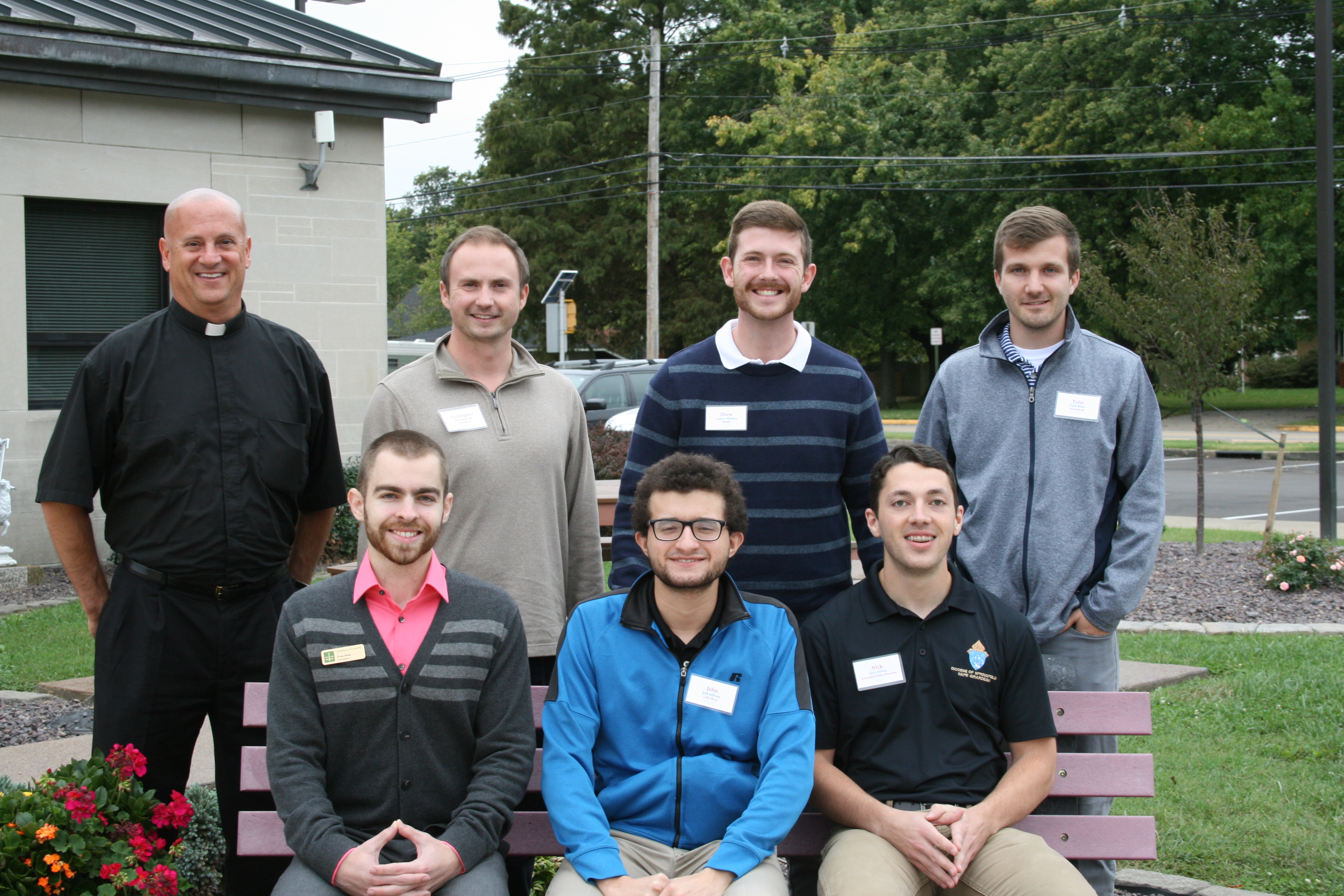 Once again, we are blessed to host this year’s First-Year Pre-Theology students from Saint Meinrad School of Theology for three consecutive Wednesdays for their field education experience and introduction to parish life. Six class members visited Good Shepherd Catholic Church and School on Wednesday, November 11th. 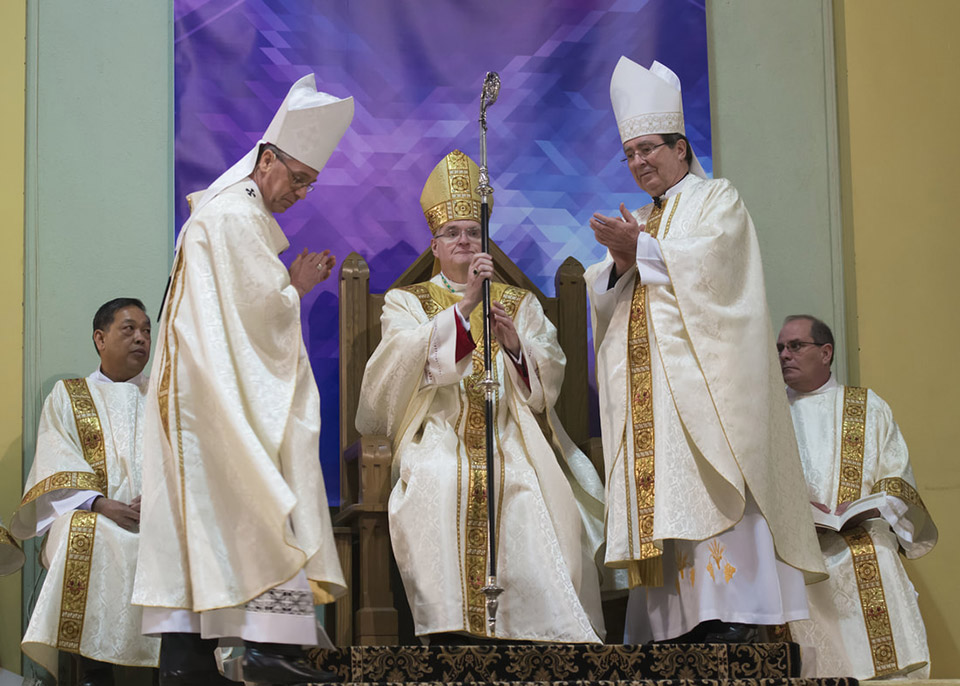 Pope Francis has named Bishop Joseph Siegel, up until now Auxiliary Bishop of Joliet, as the new bishop of Evansville, Indiana.

The announcement was publicized in Washington on October 18 by Archbishop Christophe Pierre, apostolic nuncio to the United States.

Bishop Siegel was named Auxiliary Bishop of Joliet, Illinois, by Pope Benedict XVI on October 28, 2009, and was ordained a bishop on January 19, 2010, by Bishop Peter Sartain.

He was born in Lockport Township on July 18, 1963, and is the youngest of nine children. He attended St. Meinrad Seminary, Indiana, where he completed his college education. He was then sent to the North American College in Rome (1984-1988), attending the Gregorian and Angelicum Universities.

Bishop Siegel was ordained a priest for the Joliet Diocese in 1988 and then completed his Licentiate in Sacred Theology at the University of St. Mary of the Lake, Mundelein, Illinois.

Bishop Siegel has served as a member and chairman of the Presbyteral Council and was appointed to the Diocesan Board of Consultors. He also served as director of Continuing Formation for Priests, a member of the Diocesan Vocation Board, the Priest Personnel Board and Dean of Eastern Will County.

At the Catholic Conference of Illinois, he served on the Executive Committee and was chairman of the Catholics for Life Department. He chaired the Steering Committee for the Joliet Diocesan Year of the Eucharist and Eucharistic Congress and has been a member of the Bishops’ Respect Life Advisory Board. He is a Fourth Degree Knight of Columbus and a member of the Knights of
the Holy Sepulchre.

Please use this link to access a high-quality audio-only version of the introductory press conference for Bishop-designate Joseph M. Siegel.

Special Update from the U.S. Bishops Conference for Leaders in Youth and Young Adult Minstries

To prepare for the upcoming international Synod on “Young People, the Faith, and Vocational Discernment,” the Holy Father wants online feedback from all youth and young adults, ages 16 to 29, from around the world, regardless of how active they are in the practice of the faith.

Youth and young adults, ages 16 to 29, are invited to go online and fill out the Vatican survey:

The results of the online survey will be part of the international listening process that will help Pope Francis and the world’s
bishops better understand the realities, hopes, and concerns of youth and young adults in preparation for the 2018 Synod.

More details about the Synod process, including links to the preparatory document and the pope’s messages to youth and young adults, can be found on the official Synod website.

The Indiana Catholic Conference launched a new/updated website recently. You can check it out at www.indianacc.org.

Our team at TheBestColleges.org is here to help with our 2017 guide to choosing a Catholic college. In addition to connecting students with accredited Catholic colleges, this resource provides tips on what questions students should ask to find a school that fits their needs.

As a trusted voice in Evansville’s Catholic community, we know you work hard to keep individuals engaged in Catholicism throughout life. Catholic colleges are making their own contribution in providing a wide selection of academic programs in a religious environment.

Together we can help your students find a Catholic college that fits their needs.

Thanks for reading! We appreciate your time and consideration.